Most people have seen TOS documents, but what does TOS stand for? TOS stands for “terms of service.” Everyone has heard the words “terms of use” or “terms of service” thrown around and used as a title for documents before, but most users simply click through it and don’t give it a second thought. This is a common phenomenon and one that has been jokingly referred to on television and in movies. That said, there is a reason for them so, below, I’m going to discuss terms of use vs terms of service and what, if anything, makes them different.

Many may be surprised to know that there is virtually no difference between them. They are different names for the same thing commonly used for different things. Both terms of use and terms of service are actually just another name for a terms and conditions contract.

Though there is no hard rule to determine which name should be used because they are all the same thing, "terms of services" is usually used for deals between businesses, and "terms of use" agreements are usually between a business and a customer.

A terms and conditions agreement is the proper name for this kind of document and no matter which name is used that is what the document is. 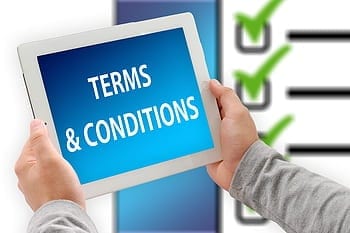 A terms and conditions contract is a document that is usually used in regard to a website or software of some kind.

It is a contract that describes how your product may be used by the other party and determines what kind of consequences can be incurred against a user that breaks the terms of use agreement.

Your website or product belongs to you, by law, and another person using your product or website is against the law. A terms of service agreement is a way for you to legally give permission for someone else to use your website or product and determine in what circumstances they are allowed to use it and how they will be punished if they do not follow the rules you have outlined.

There are other clauses in a website terms of use that determine things such as where legal action will take place if it needs to and what laws the contract is governed by, usually, the law of whatever land the website or software service is operated out of. For instance, if your business is operated out of Wisconsin in the United States, then your terms and services agreement is governed by United States law and the law in Wisconsin, so that is where legal action will have to be taken by a dissatisfied user or yourself regarding them

Why is it Important to Have a Terms of Use Contract? 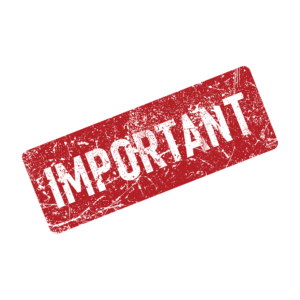 It is important to have a terms of use contract because it sets a guideline for how your site or service may be used. It is a way to protect you and the user from each other in a legally binding way. Without it, you are essentially giving free rein to anyone to use your site or service and do whatever they want with it.

In the event of a legal dispute between the site or service owner and the user, the terms of service are the first thing requested and what it says will determine the tone of how the situation is handled. The user's complaint may be about something the terms of service already covers and it will, therefore, protect you from any legal action that may be taken against you.

Should a Terms of Service Contract Be Written By an Attorney?

In an ideal situation, yes, your terms of service contract should be written by a legal expert that understands the law and how it should be worded to protect you best. That said, not everybody can afford a team of lawyers to get this done, so there are other options available. You could use any number of online terms of use generators or use a terms of use template to create one for you.

If you do have your heart set on having a legal professional take a look at your terms of use agreement, as you should, you can save yourself some money by using one of these other options to write one yourself and then have them edit it instead of writing one from scratch.

What Should Be Included in a Terms of Use Contract? 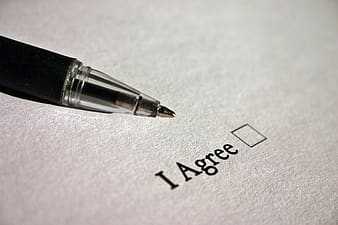 Almost anything can be included in a terms of use contract and it will still be enforceable in court. The only things that have a negative impact on the legality of a terms and conditions contract are how it is viewed by customers and whether you allow yourself to make changes to it without first informing your users and providing a period of time before the changes you want to make will take effect.

There are two types of terms of use contracts, clickwrap and browsewrap. A clickwrap terms of service agreement is what most people are familiar with. Upon entering a website you are presented with a long block of text, at the end of which you must click something to the effect of "I agree", be it a button or a checkbox. This is the standard way a terms and conditions contract is displayed and it is the most ironclad when it comes to legal proceedings.

The other kind of terms of service agreement is a browsewrap agreement. These kinds of contracts are displayed somewhere on the site and you are considered to have agreed to them just by being on the site. As you can imagine, this has a much harder time being defended in court because many users won’t even see it which means they never agreed to it. 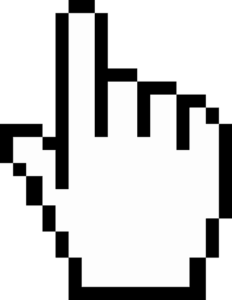 Unfortunately, the only clause that isn’t allowed in a terms of use contract is the unilateral amendment provision, which is a fancy way of saying that the owner can change the terms of use agreement after you have agreed to it however they like without informing you. This is completely unenforceable because you are being forced to agree to all possible clauses, which is ridiculous.

Everything else goes, a website or software owner could put anything in their terms of use agreement and it is up to the user to determine whether they are willing to agree to it or not. This is a controversial topic because, on one hand, this is very open to abuse, especially considering how few people actually read a terms of use agreement. On the other hand, is it really a good thing to allow the government to determine what deals are and are not acceptable between its citizens?

So far, the ruling is that the deal is between the owner and the user and nothing may interfere with that outside of the specific circumstances outlined above.